This post is about a digital badging practice that I think can be damaging to learner motivation and to our badging community in general.

In a recent Twitter chat about badges for K12 I learned that a large school division, who’s been an early adopter for digital badging has now issued over 100,000 digital badges.  I thought to myself: “Great!” And then I checked out their website after the chat. I watched the promotional videos about the program and thought to myself: “Yikes, shades of B.F. Skinner!” 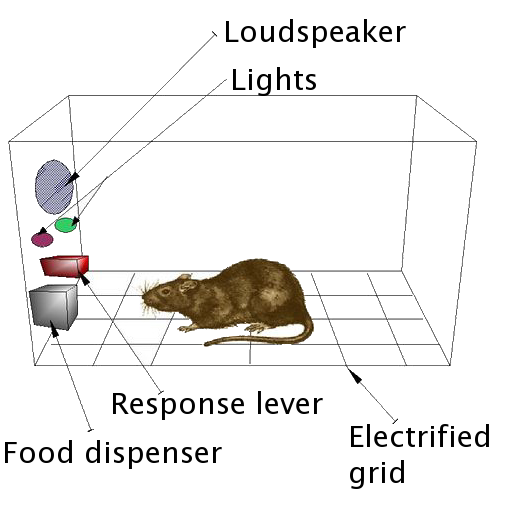 By Andreas1 (Adapted from Image:Boite skinner.jpg) [GFDL or CC-BY-SA-3.0], via Wikimedia Commons

I’ve transcribed below  significant content from the two videos I watched. I’ll  let them speak for themselves first (with a bit of bolding on my part), then discuss below:

Interview with an Assistant Principal

The 9th Graders are automatically enrolled in this (citizenship) program and to exit… they have to meet certain criteria. Some of it is grades, some of it is joining a club or a sport or being involved in a very rigorous program that requires extra time such as band, FFA (Future Farmers of America), ASB (Associated Student Body), things like that. Or, if they choose not to join a club or sport or one of these programs, then they can attend events and we require ten events. Events can be anything from Saturday School to a sporting event, to Open House, any kind of event that may be going on campus that shows that they’re getting involved. Then they are “passported out”, which means they get to sleep in Wednesday morning.

Then of course, with every accomplishment they’ve achieved they earn points and with the points they can redeem for prizes we have in our Points Store….

[How do you populate the inventory for the points store?]
We reach out to some of our local supporters, we have good relationships with a lot of our businesses here….. The pizza place that’s down the street, they’re actually fairly new in town and we knew they were looking to market their business, so we got in touch with them and they donated a certain amount per quarter. Subway is another huge supporter…. so far we’re having a pretty steady influx of students redeeming their points and prizes.

It was just like shopping online. You just hit ‘Add to Cart’…

It’s pretty great because it’s just like a big sticker book. And you get stuff for it.

I see a big problem here. What are the students talking about? Citizenship? Learning?  Looks more like programmed compliance to me. Push the lever, get the treat. They’ve gamified a learning program and in doing so have commercialized it. The learning program is rewards-based: it relies on extrinsic motivation.

How will these kids fare when they can no longer cash in badges and points for pizzas and subs? Will they still want to learn and get involved as citizens? What has this transactional approach done to whatever intrinsic motivation they might have had?

By Hungry Dudes [CC BY 2.0], via Wikimedia Commons

Problems with the “Reward Economy”

One reason I’m reacting like this is because of an article I read recently in The Atlantic. The author is a family psychologist who describes a similar problem with sticker charts,where kids get stickers for good behaviour and can “spend” them on prizes, based on a system their parents set up for them.

It can be pretty effective in the short term. The problem is:

Studies have shown that offering children tangible rewards in exchange for caring behavior may diminish future helpful behavior and can erode children’s innate tendency to help others….

Insights from behavioral economics help explain this effect. From that perspective, the problematic attitude of children raised in a reward economy—“What’s in it for me?”—is a predictable response to the collision of social norms (the invisible forces that shape how humans act) with market norms (a system of payments, debts, contracts, and customers).

In experiments studying the effects of these two norms, the behavioral economist and Duke University professor Dan Ariely has found that when the two come together in the same situation, market norms tend to overpower social norms, shifting the focus from relationships to commerce.

Here’s an example from the article demonstrating the impact :

One mother who was initially pleased with the results of her sticker-chart system said that when she asked her 8-year-old son to stop what he was doing and help his younger brother clean up a spill, he responded: “What will you give me?”

Is this how we want students to view learning about citizenship? “How many more tasks for an extra slice of pepperoni?”

I’d already been sensitized to this issue in relation to Open Badges a couple of years earlier at ePIC 2014 by Alfie Kohn , author of of Punished by Rewards: 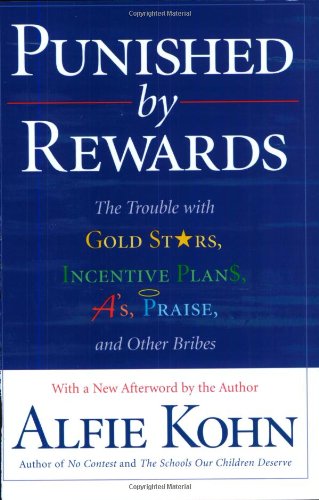 Here’s Alfie’s thesis, from the book blurb from his website:

Promising goodies to children for good behavior can never produce anything more than temporary obedience. In fact, the more we use artificial inducements to motivate people, the more they lose interest in what we’re bribing them to do.

Serge Ravet, organizer of the ePIC conferences, had read the book and was very enthusiastic about Alfie’s point of view. He blogged about it in 2013 and invited Alfie to appear at ePIC 2014. Although Alfie did not have direct experience with Open Badges, Serge had explained how they work and he agreed to present some thoughts designed to help Open Badges avoid being digital “doggie biscuits”.

Here’s a video recording of Alfie’s ePIC presentation via Skype:

I like this quote from the video in particular:

I’ve seen plenty of kids who are in awful reading incentive programs, where they get points, or levels, or pizza parties or prizes of various kinds for reading books. And these kids are bragging about it: “Look how great I am. How can I get more of these?” But these kids in a fundamental sense are being lost as learners because their desire to do the learning itself… their interest in reading for its own sake is evaporating before our eyes.

Alfie wound up his remarks with six criteria for reducing harm Open Badges. I should say here that I don’t fully agree with Alfie’s criteria. For example, he rejects gamification as being too controlling and he lumps milestone badges in with that.

Dan Hickey, one of the most active researchers out there in the field of Open Badges, is well aware of Alfie’s work and also has issues with aspects of these criteria. We gave Dan an opportunity to engage Alfie afterwards in a debate over Skype. Unfortunately,  that recording is painful to watch due to audio issues, and Dan was not at his best because he was recovering from a mountain biking accident, so you’re probably better off reading the blog post that Dan wrote about the event a few weeks after, which he ran by Alfie before posting.

Mostly, Dan suggested that the field has moved on in the last 40-odd years: learning is now recognized to have social and cultural aspects that go beyond the individual constructivist model and these need to be taken into account, particularly in a social media ecosystem. Open Badges are well positioned to exploit these social and cultural aspects – not necessarily at the expense of learner autonomy and personal pathways.Badges can be gateways to new learning. (I’d add here that they can also be signposts for the recognition of learning, to help learners consolidate their progress and to demonstrate mastery to others)

Dan cited a couple of examples from his Design Principles Documentation Project:

I’d add that Cities of LRNG is also now experimenting with more nuanced approaches learning in social and cultural contexts based on Connie Yowell’s notion of Connected Learning, which seems support Dan’s reference to intentional learning as described by Bereiter and Scardamalia: engaged learning to solve problems, rather than treating the learning itself as the problem.

Alfie makes a good point about working with rather than doing to learners and I think it’s safe to say that Alfie and Dan agreed that behaviourist “rat mazes” populated with incentives like food (“do this, get a slice”) are not conducive to learning.

Alfie Kohn represents a strong point of view that is useful as a reference point when you’re developing badge systems, but as you can see, it’s not the only one.

In order to improve my badge system design skills, I think I may critique Alfie’s list of criteria in a future post. I’ll do that after looking in more detail at the references that Dan makes in his post and after reading Punished by Rewards right through; I’ve got a library copy that I’ve been skimming for this post.

… it’s just like a big sticker book. And you get stuff for it. 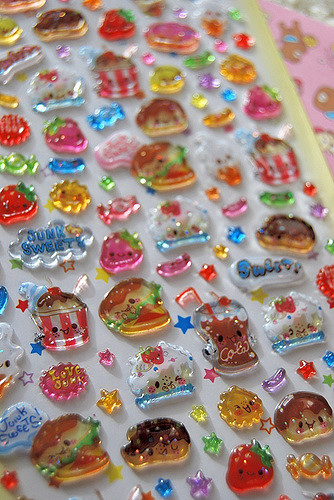 Closing plug: join us at the 2016 Digital Badge Summit

I’m looking forward to participating and speaking at the Digital Badge Summit on June 24th, just before the massive ISTE 2016 conference. There’ll be something for everybody there: K12, Higher Ed, Teacher PD, …maybe even gamification!

1 thought on “Problems with “Badges for Food””